The Upex brand was established almost 100 years ago in a little bakery on North Ormesby Road, Middlesbrough. 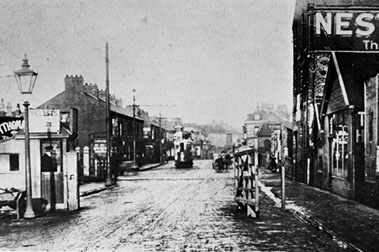 The company was renowned for producing quality pies which no other bakery could come close to matching. The queues would start from the second the doors opened until they sold out, generally around 12:30. Upex was famous for many delights, but the biggest was the “Steak & Gravy” pie.

As a man in my twenties, I would be there at the shop almost every day, ordering the same combination, a steak & gravy pie and a large custard tart. It was a battle to eat the pie without the gravy spilling down my chin, onto my clean white shirt. Everyone has their own memories and stories of back in the day… 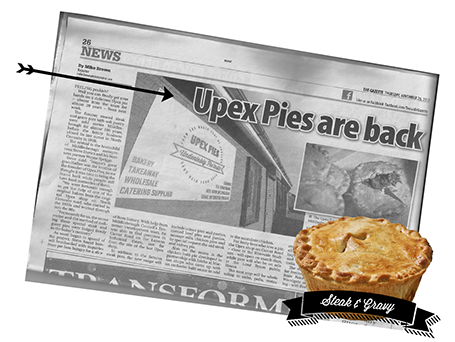 Unfortunately in 1998, Upex closed its doors. There was a compulsory purchase on the shops on North Ormesby Road, and it seemed the end of an era. People were devastated at the news. It seemed a part of Middlesbrough’s history was to be just that, history.

But then fast forward 15 years, and the great, great grandson to the brother of Arthur Upex, registered the famous UPEX PIES brand.

We both decided it would be a great idea to bring the iconic brand back, but it had to be done right. 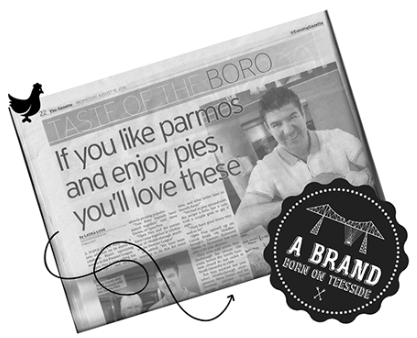 In March 2015, Upex Pies Ltd was formed. Having just the name would never be enough without the recipe of the pies. Our journey had begun to find a connection to the old Upex Pie shop. Technology being as it is, we eventually found what we had been looking for. 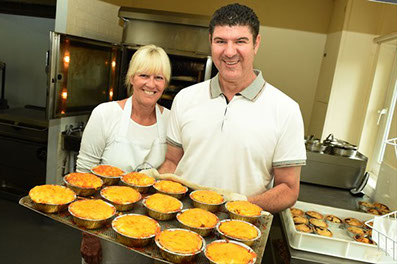 Kath Rutland was the first girl apprentice at Upex Pies back in early 70s. Kath worked through to the late 80s in the North Ormesby Road shop with her brother David. Fortunately for us, Kath had the secret recipe safely stored in her head. Kath baked us some pies in her kitchen at home for us to try. From that first bite all my memories came flooding back.

That day Upex Pies were reborn and all I needed now, was a large custard tart! (Ha) 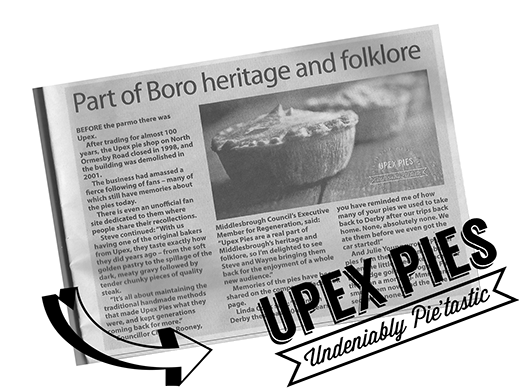 Our first test to see if the public would approve, was at an evening with Vinnie Jones held at the Venue in Middlesbrough with over 300 guests.

Without announcing what pies they were, one guest quizzically asked “Are these Upex Pies?”

That was it, after 17 years of being closed, several people in the audience had guessed that the pie they were eating was a Upex. We were very confident that we were ready to open our shop.

We left the Venue that evening to meet Mackenzie Thorpe who was speaking at an event in Middlesbrough’s Town Hall. We met at the Thistle Hotel and handed over half a dozen pies for Mackenzie and his wife to try. The look on his face said it all. Ummmmm, Upex pies… 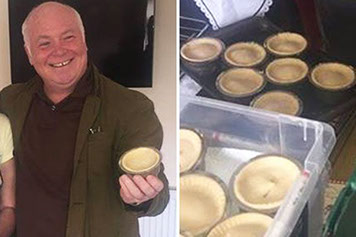 Mackenzie signed one of his books with a drawing and gave it to Kath and I as a present. Mackenzie also ordered 130 pies for an opening day at his gallery two days later, which we cooked in Kath’s kitchen at home and were picked up personally by Mackenzie. I’m sure he had a sneaky pie on the way home. 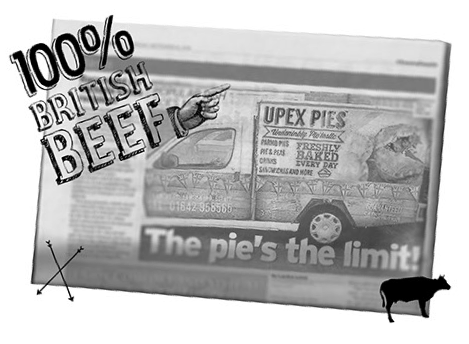 We started to look for premises and searched everywhere with no success. It had to have some connection with the area and we were recommended a unit at Carcut Road, North Ormesby by Middlesbrough Council. Perfect!

We organised a lease, got all the equipment together, trained staff, then finally opened the shop on 26th November 2015 by two of Middlesbrough’s footballers Jonathan Woodgate and Stewart Downing. 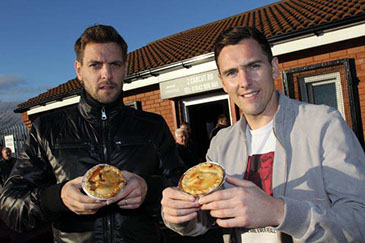 We expected the shop to be busy, but what happened that day totally took us by surprise. We thought we would sell maybe 200 pies all day. We sold 800 in two and a half hours! We had no pies left in the shop and had to close until we made more. 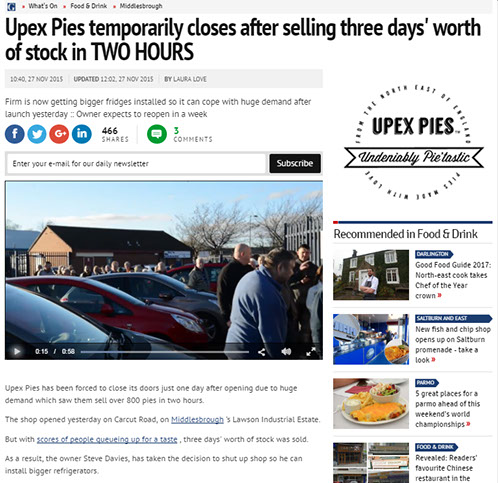 We employed more staff and reopened again in December. The same happened but even more pies were sold. We lasted two days. Devastated, we had to close a second time, to employ more staff and install much larger refrigeration.

We reopened January 4th 2016 and, fingers crossed, we have been able to cater for the demand.